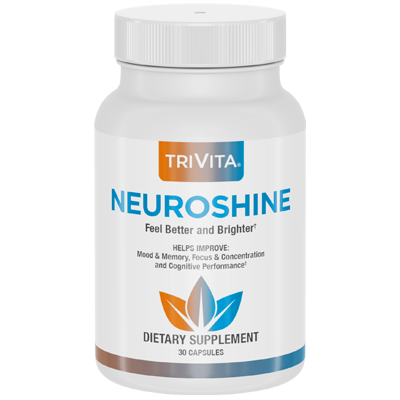 NeuroShine was formulated to support the healthy development of brain cells, and promotes protection against neuro-degeneration. NeuroShine contains three main active ingredients; BacoMind® (Bacopa Monnieri), aquatic plant that has been shown to enhance memory and cognitive function, Pantothenic Acid (Vitamin B5), which has been discovered to play an essential role in the regulation and synthesis of several biochemical pathways, and Lithium Orotate (500 mcg), a specific salt of lithium that make users feel better and brighter.

Read More
Brain disorders are on the rise, so caring for your brain isn't something you can afford to ignore. Diminished brain health influences every aspect of your life from mood and health, to relationships and productivity. It's important to understand how to properly take care of your brain for a fulfilling and healthy life. That's why there's NeuroShine.


NeuroShine was developed to support the healthy development of brain cells and promotes protection against neuro-degeneration. NeuroShine contains three ingredients: BacoMind® (Bacopa Monnieri), an aquatic plant that has been shown to enhance memory and cognitive function,1 Pantothenic Acid (Vitamin B5), which has been discovered to play an essential role in the regulation and synthesis of several biochemical pathways,2 and Lithium Orotate (500 mcg), a specific salt of lithium that makes users feel better and brighter.3

Suggested Use: Adults, take one capsule per day, with or without food. DO NOT EXCEED RECOMMENDED DOSE

Not to be used by pregnant or nursing women. Keep out of reach of children. Please consult your physician before using if you are allergic to any foods or ingredients, are being treated to control blood pressure, to control blood sugar, for mental/emotional health or any other health issues. You should not stop taking any medication without first consulting with a healthcare provider.

Do not exceed recommended dose. Store in a cool, dry place. Do not use if seal is broken. To report a serious adverse event or obtain product information, contact 1-800-991-7116.

Q: What is Lithium Orotate?

As scientists continue to study the effects of Lithium Orotate, studies have also shown that low doses of lithium consumed has positive benefits on the brain and mood. In fact, one particular study reported communities that had micro amounts of lithium in the drinking water experienced less suicide, homicide and violent crimes versus communities with no lithium in the drinking water.9

One study compared the low environmental dose range of lithium of 300 micrograms to placebo in a group of patients who had Mild Cognitive Impairment, a condition that can deteriorate to Alzheimer’s Disease in some who have it. Those given the low dose lithium stabilized and did not lose cognitive function while the group on placebo had continued deterioration.10

The research borne out of the environmental findings indicate numerous benefits from lithium at low microgram level of doses.

Q: What is BacoMind® (Bacopa Monnieri)?

As it supports mood, helps with psychological stress and supports the functioning of the brain including the memory, Bacopa Monnieri, (BacoMind®) has been especially reported to aid adults in cognitive performance. For instance, positive results were recorded in a double-blind placebo; an age-related memory impairment test. BacoMind® was found to enhance the cognitive functions including focus and concentration, and verbal memory.7

Q: What is Vitamin B5 (Pantothenic Acid)?

Similar to the other Vitamin B categories, Vitamin B5, also called pantothenic acid, has been discovered to play an essential role in the regulation and synthesis of several biochemical pathways. It is popularly known for its energy metabolism and its contribution to the proper functioning of the brain. This vitamin is also required as an important precursor of Coenzyme A category (an essential enzyme for energy and protein metabolism).8

Q: How much NeuroShine should I take Daily?

Adults, take 1 capsule per day with or without food.

Q: Can I take too much NeuroShine?

Yes. Do not exceed the recommended dose of 1 capsule per day with or without food.

Gave it to my 17 year old daughter to help manage her stress. The next morning the acne on her...
Read More >>

I take NEUROSHINE at bedtime. Much improved memory, greater organization, and ability to accomplish more due to better use of...
Read More >>

The NeuroShine is excellent. I notice the added mental sharpness and the improved mood when I take NeuroShine. I give...
Read More >> 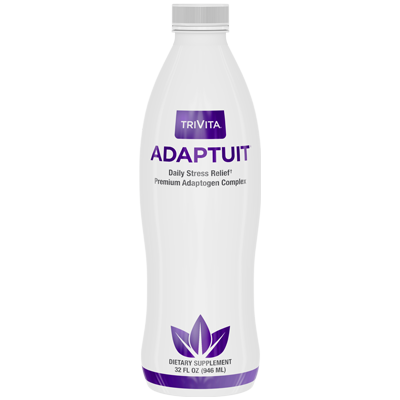 These statements have not been evaluated by the Food and Drug Administration. Our products are not intended to diagnose treat, cure or prevent any disease. It is intended for your general knowledge only and is not a substitute for professional medical advice or treatment for specific medical conditions. Always seek the advice of your physician or other qualified health care provider with any questions you may have regarding a medical condition.

All customer testimonies are from dedicated users of TriVita products. Some customer may benefit by receiving consideration or compensation for their relationship with TriVita.